My name is Alan and I'm a Junior Admin on our xForum.

Most of the time I'm browsing the news about what is happening around us, various forums on various topics.

I'm always helping others as best I can,so if I know the answer to a certain topic, I will add it of course.

I like playing games, watching movies and series. Pranking my friend?-tes I love it.LOL

If you would like to chat or need more info feel free to write to me pm or simply chat in the chatbox. 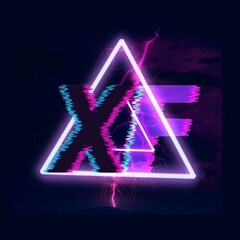 
Hi, I'm Wiki, junior admin on the xForum.
I was born in the last year of the 20th century.
I started my adventure with games when I was still a child and, as befits a real player, I started with Gta: SA.

I have changed my place of residence many times in my life, so for me new challenges are only an  extra increase in my experience. I love games a lot, even though I don't have the greatest skill,  I play for fun. I am a working and learning person, but I spend every free moment playing and watching TV series

My name is Aśka, I am a 37+ years old lady chemist. I work as a lab technician in a lab on a daily basis and have contact with students. Apart from that I am a moderator on computer and IT forums and a co-admin of three advertising forums. Some people may know me from Pecetowicz where I appear under the same nickname as here, some from MyBBoard (now Webboard) where I am as Blue (also used to be Mint). Since about 2008 I started my adventure as a forum moderator and two years later also as an administrator. Apart from work and moderating I like to read a good book (usually horror, thrillers, books about paranormal phenomena), listen to music (mainly electronic and trance), I am a homebody and an introvert, I have a specific sense of humour 🙂 When it comes to games I've stuck to Commodore C64 games, for me they have "that something" 😉 On my current hardware I don't really have a way to play, but that's not a problem 😉 I like to help with computer problems and that's what I'll focus on here 🙂


Before the age of 1, pre-C3 would watch his parents play through Super Mario Bros. on NES, sometimes it even went late into the night as this baby lay awake in awe..

which Fatefully led to an avid Gamer by the age of 3, then by 5 years old-possessing more skill & experience than most Gamers double or even triple his age!! (consider, this was before the age of save files...)
Later in life he would guide his older sisters through Donkey Kong Country and Super Mario World on SNES, which naturally led to helping all his elementary school friends through LoZ: Ocarina of Time & Majora's Mask(as he was Always the first one to reach The End).

Fast forward to 2011 and he's ranking Top 3% in CoD Elite competitions on Modern Warfare 3, then throughout that decade attaining world records for both Mario Kart 8 Time Trials and Angry Birds. Yet another jump to 2020 and Xbox Gamerscore has breached the 120 000 mark!!!
So What's next for this advantageous Gamer? Well it's already happening of course, alongside xbox.vibes and xTeam-the possibilities are endless!!! 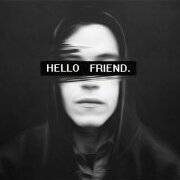